IT master plan indicates worldwide enterprise budgets on the rise 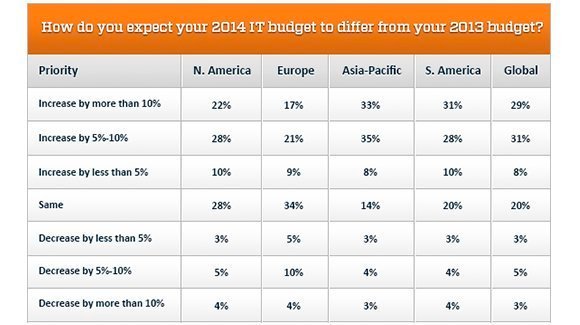 Slowly but surely, U.S. IT managers are outpacing their European counterparts in the climb out of the latest recession -- but they're still trailing their Asian, African and Latin American peers, according to TechTarget's recent annual priority survey. And exactly what do both groups' IT master plans for 2014 have in store? Well, it's complicated.

For the past decade, the trend toward consolidation that ushered in the age of virtualization and cloud computing has been the big story in enterprise IT departments. But now, that trend is coalescing, with an increasing focus on business intelligence and mobility, IT initiatives aimed at driving enterprise budget growth. In response, IT departments must improve their security and network infrastructure to protect this new influx of data. At the same time, within these waves of development, IT departments are steadily upgrading their Windows servers and desktops -- with Windows 8 boasting a high level of adoption.

Read the full story on IT management priorities for 2014.