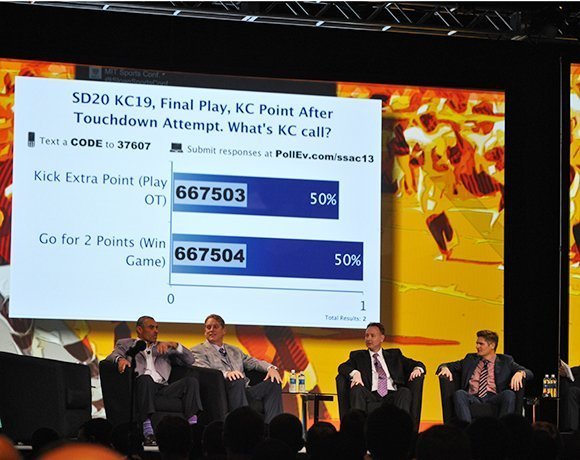 Remember the 2009 regular-season National Football League game between the New England Patriots and the Indianapolis Colts -- known in New England as the infamous "fourth-and-2 game" in which Patriots head coach Bill Belichick decided to forego the punt and "go for it" on fourth down from his team's own 28-yard line? The Patriots were unable to convert, which put Colts quarterback Peyton Manning in an easy position to score a touchdown and win the game -- which the Colts did. The immediate reaction around New England: "What was Belichick thinking?!"

But it turns out the data analytics back up Belichick's call. Had the Patriots converted on fourth down, they would have maintained possession and had a 92% chance of winning the game. Moreover, the league average for going for it on fourth-and-2 in the previous two seasons had been 55.7%.

Perhaps most importantly, Belichick was also considering the data context: While the statistics said that the Patriots would have maintained a 79% winning percentage even had they punted, Manning was on fire, and the Patriots didn't want to put the ball back in his hands. So Belichick looked at the numbers, considered the situation and took his best shot.

In the football in-game analytics panel at this year's MIT Sloan Sports Analytics Conference, ESPN football analyst and former Kansas City Chiefs NFL head coach Herm Edwards noted that every game -- in fact, every play in every game -- rides on a number of almost incalculable factors, including players' injuries and exhaustion levels, that might not be reflected in an official statistical breakdown of likelihoods. The data context matters.

"A lot of you 'analytics people' think the game is a video game," Van Gundy said. As a coach, he looks at the analytics, but also knows that statistics can't always factor in the big data context, such as ruining a team's chemistry in basketball by encouraging players to take ugly shots in pursuit of statistically advantageous two-for-one opportunities at the end of the quarter.

So, what does all of this sports talk have to do with the CIO? Well, the same lessons in data context apply to the enterprise IT setting. CIOs can and should look at the business intelligence available to them, but also remember to always consider the data context -- including staff skills and the organizational culture and readiness for new technology initiatives -- for making out-of-the-box decisions, even when the numbers back them up.