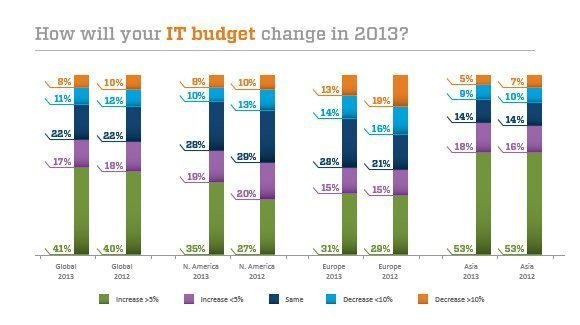 While on a global scale 2013 is statistically identical to 2012, differences around the world mirror the way the global recession has played out. In Europe, the number of increasing spenders held steady. Despite that, there was a shift away from cutters to more companies holding steady. In North America, there was a small increase in companies growing their budgets, with a corresponding decrease in cutters. Asia, already at a much higher growth rate, held steady.