This content is part of the Essential Guide: IT services management and best practices: An enterprise CIO guide

Information technology service management (ITSM) has certainly had its ups and downs. During the past 10 to 15 years, the segment grew in popularity as enterprises continued to focus upon cost savings, efficiencies, productivity and, ultimately, improved internal and external customer experience -- all admirable goals. The challenge for CIOs is that the ITSM program they deploy this morning cannot possibly meet the needs of ITSM this evening. Not unless, that is, their IT services are evolving at warp speed. Let's review.

The key objectives of ITSM include the following: 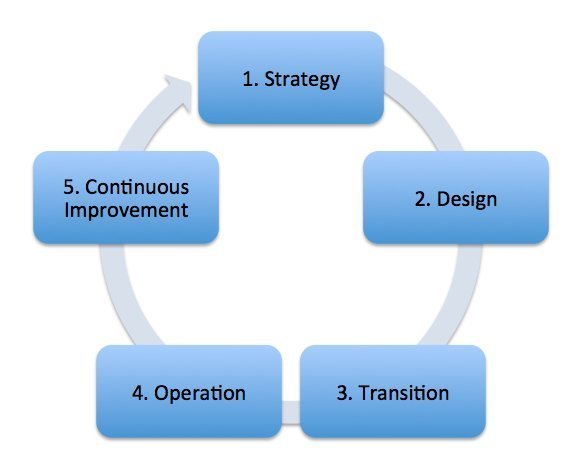 Figure 1. These are the five main areas of IT service and support addressed by the ITIL framework.

ITSM implementations are generally based upon industry-accepted best-practice frameworks such as the IT Infrastructure Services Library that address five main areas of IT service and support (shown in Figure 1).

Other best-practice frameworks that support ITSM include the following:

In case these lists of objectives, domains, and somewhat complementary and somewhat competing frameworks are not encompassing enough, a Google search on the term "ITSM" yields about 3.8 million results.

Still not impressed? OK, consider that the objectives, domains and frameworks that support ITSM, by definition, are largely driven by the scope and complexity of the underlying technologies, capabilities and business processes being managed.

In 1965, Gordon Moore, then co-founder of Intel, published a paper in which he observed that the number of components contained within an integrated circuit had doubled every year since the IC was invented in 1958. Moore predicted that the trend would continue "for at least 10 years." Intel executive David House later extended Moore's observation and predicted that overall chip performance (a combination of the number of transistors and the speeds at which they operate) would double every 18 months. In fact, the trend has continued unabated for the past 55 years, and there is no clearly agreed-upon end in sight. Significantly, capacities of related electronic components such as processor and memory speed, data storage, and screen resolution (number of pixels) have expanded along the same trajectory.

No one would argue that the exponential (remember this word) expansion in the available power and performance, and the corresponding reduction in cost of these components, has enabled the design and delivery of increasingly more powerful and sophisticated commercial and consumer technologies. It is also obvious that these technologies have impacted and will continue to materially impact how we work and play and relate to each other on local and global levels.

For some perspective on what this really means, we need look no further than our pocket or pocket book at the smartphones we carry that have evolved from "What do I need that for?" to "How did I ever live without it?" at mind-numbing and ever-accelerating speed.

Table 1. The rise of the smartphone phone, from U.S. patent to global adoption.
[Source: Wayfarer.com, "Smartphone Past, Present and the Future"] 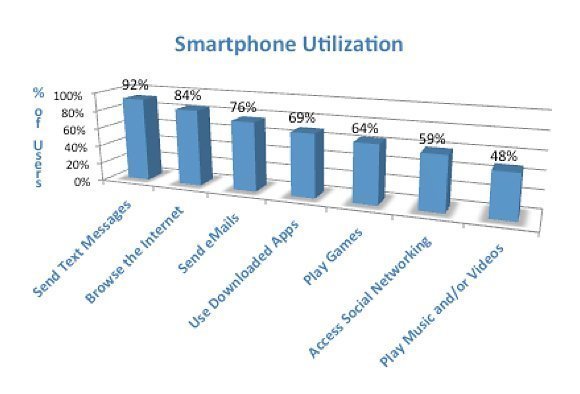 Figure 2. How 1.1 billion smartphone owners use their devices. [Source: Go-Globe.com, " Smartphone Users in the World "]

Now imagine the impact of all of this growth in volume and capability upon ITSM, and it's easy to see why many CIOs don't get much sleep. Now add other technologies to the plate, such as cloud, mobile computing, sensor-based technologies (the Internet of Things), social media, unstructured data, big data and cybersecurity, to name a few. It's now hard to see how CIOs get any sleep at all. And there is much, much more…

Hopefully you followed instructions and remember the use of the term "exponential expansion" referenced above in connection with the description of the impact of Moore's Law.  For those of you who are too far removed from your 8th grade algebra lessons to remember specifically what that means, think about the cumulative effect over time of doubling performance every 18 months. Let's imagine, for example, that at the start of 1958, when the integrated circuit was invented, we had the equivalent of one unit of computing power.  Eighteen months later, by mid-1959, we would have had the equivalent of two units; by the end of 1960 we would have four units; by mid-1962 we would have eight units; and so on. In 2013, we are in the 36th 18-month cycle (remember this number) of exponential expansion.

Ray Kurzweil, noted innovator and futurist, helps us to visualize this overall effect in more down-to-earth terms. In his book The Age of Spiritual Machines: When Computers Exceed Human Intelligence (Viking Penguin Books, 1999), Kurzweil asks us to consider a chess board with 64 squares, where a single grain of rice is placed on the first square, two grains on the second, four grains on the third, and so on until all 64 squares have been covered with an exponentially expanding number of grains of rice.

Figure 3. The number and weight of rice grains analogous to the growth of compute power since 1958, if distributed on a 64-square chess board. [Source:Harvey Koeppel]

If you are adventurous enough to try this experiment at home and you have enough time, money and patience (and a large-enough home), Figure 3 shows what you would find out.

To put these numbers into an understandable perspective, consider the following:

Toto, I've a feeling we're not in Kansas anymore...

Let's connect the dots. To expand upon our example of the smartphone evolution, here are a few more data points that bring us back in time to the origins of the telephone:

Clearly, many other things happened between 1876 and 1973. I have chosen just a few of the significant advances that illustrate progress made during the first 97 years of telephone technology development.

I trust that you have, as instructed, remembered that in 2013, we are in the 36th 18-month cycle of the exponential expansion of technology performance -- clearly within the bounds of the second half of the chessboard (starting at square 33), where Ray Kurzweil shows us how rapidly and how dramatically things will advance.

'Skate to where the puck is going to be, not where it has been.' -- Wayne Gretsky

Knowing what to do next is always a challenge, especially when the world around you is changing in unknowable and sometimes even unthinkable ways. I will leave you with some thoughts on how to adapt, sustain and mature your ITSM efforts in preparation for cycles 37 through 64:

[Source: Frontrange/THINKstrategies, "The Impact of Cloud Technologies on ITSM," 2013]

Let me know what you think. Post a comment or drop me a note at hrkoeppel@aol.com.  Discuss, debate or even argue -- let's continue the conversation.