"To my mind, transformation is about much more than using skills and resources and technology; it is also about habits of mind and attitudes and perspectives," he said. Here are three tips on how to develop a disruptor attitude.

1. Be disagreeable. Ingvar Kamprad is the founder of IKEA. His vision? To cut down on the cost of assembly and transport by boxing up wood pieces and shipping furniture flat. His model was so successful that in the late 1950s, the Swedish furniture industry boycotted Kamprad, bringing his manufacturing to a halt. So Kamprad decided to move his manufacturing operation to Poland -- at the height of the Cold War. "It would be like Walmart saying, 'You know where I want to set up shop? North Korea.' Same thing," Gladwell said.

Despite being shunned by countrymen and called a traitor, Kamprad pressed forward because, Gladwell said, he was a disagreeable person. Not disagreeable in the obnoxious sense of the word; "I mean it in the sense that psychologists mean it, which is to say he was not agreeable," Gladwell said.

Those who bring about transformation often don't require support from peers, a rare trait given that humans are social creatures, Gladwell said. Instead, they stay the course -- even in the face of opposition. "When you look at entrepreneurs [and] innovators, that's one of the attitudes you see over and over again -- the courage to be independent," Gladwell said.

2. Reframe the problem. In 1921, the radio industry tried selling its device as an alternative mode for delivering the news, but customers weren't biting. "They were really struggling with how to sell the world on this new technology," Gladwell said. Then came RCA's David Sarnoff, who pushed at those traditional boundaries and saw the radio as a potential vehicle for entertainment, eventually convincing his bosses to let him live broadcast an "eagerly anticipated" boxing match, Gladwell recounted.  The event became the first broadcast of a live sporting event in American history and launched radio's meteoric rise.

"What Sarnoff does is he reframes the problem in the minds of the American consumer," he said. No longer is the radio seen as an expensive device that delivers the news; instead, it can bring "the world into your living room," Gladwell said. "That kind of reframing is incredibly hard to do, mostly because it is invariably resisted by people who have framed the world in old way."

3. Have a sense of urgency. In 1979, Steve Jobs visited Xerox PARC in Palo Alto, Calif., and saw the graphical user interface (GUI) and mouse for the first time. Jobs returned to Cupertino, Calif., and built what he'd just seen and made the mouse and GUI a signature feature of the Macintosh personal computer.

Jobs didn't envision or invent the technology, but he did have "a sense of urgency," Gladwell said, and he was able to build a GUI and mouse faster and cheaper than Xerox. That "burning desire to get something done" was the hallmark of Jobs' career.

Data quality for the line of business

Even marketers are talking about data quality these days. At least that's the impression given at MITX's FutureM marketing conference, which partnered with Inbound for the first time this year.

Take Christopher Penn, vice president of marketing at SHIFT Communications, as an example. He told attendees that experienced marketers don't know how to manage and analyze data, and instead lean on gut feelings. But, these days, marketing data is flooding the enterprise, and marketers need to realize their "experience does not scale up," Penn said. They need analytics to help them take advantage of all of the data at their fingertips.

He told attendees that to "turn data into insights," they should start by thinking about the three C's of good data: chosen well, cleanliness and compatibility. The data chosen should connect to a business goal; it needs to be clean so that it's reliable; and it needs to be compatible so it can be integrated with other data types, he said.

An event like the Grammy Awards only happens once a year, but a team of people work throughout the year to make that one event a success. A key to success in recent years entails leveraging social media, according to Evan Greene, CMO at The Recording Academy.

Greene, another keynote speaker at last week's FutureM event, said that it became clear to Grammy organizers that not all employees were leveraging social media the same way -- and, in some cases, employees were using wrong links in their attempts to get information out to the community.

"So we created a playbook and gave everyone the rules of the road," he said. The marketing team also created a "social media bible," which includes all of the proper hashtags and URLS. "We service this out to all artists, media, publicists and management so that when they want to talk about the Grammys, they're at least directing people to the same place," Greene said.

Welcome to The Data Mill, a weekly column devoted to all things data. Heard something newsy (or gossipy)? Email me or find me on Twitter at @TT_Nicole.

Previously on The Data Mill

Struggling to open up data? Look to the public sector

IT and the business at odds with defining big data success 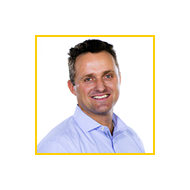 cstone74 - 6 Oct 2014 2:26 PM
An annual audit of maintenance expenses. When on average companies spend 70 percent of their IT budgets just to maintain their current network and “keep the lights on” (according to IDC), the opportunity to reduce costs without compromising uptime should be very appealing. The review should include an inventory of which network elements do—and don’t—require OEM-issued software updates. For gear in the latter category, make sure you are no longer paying for OEM updates you are not getting. Also consider getting bids on support from third parties on all this gear. Viable non-OEM options do exist; more than half of the 500 worldwide enterprises recently surveyed by IDC use third-party maintenance to support about half of their equipment support needs. Expect savings of about 40 percent.
[-]

Ben Rubenstein - 6 Oct 2014 3:27 PM
A review of any existing contracts - not just hardware -- is a good idea. The more flexibility you have to take advantage of new technologies, the better (I know this isn't solely a contract issue, so you'll have to review processes and staffing regularly, too).