What a difference a decade makes. Ten years ago, Jennifer Banner, who serves on the boards of two banks, would have been hard-pressed to pick out their CIOs in a lineup. "If I'd been in an elevator with a CIO heading up to the board room, I don't know if I would have known [it]," she said. "That's sad, but true."

Today, she likens the CIO role to that of an army general, a leader of corporate Navy Seals, a rock star and an important collaborator. "The CIO position is absolutely critical in helping the board move into that strategy vein," said Banner, a director at Branch Banking & Trust Corp.; director at the Federal Reserve Bank of Atlanta's Nashville branch; and CEO at Schaad Companies LLC in Knoxville, Tenn.

If CIOs want to give credit where credit's due for this change in perspective, they can thank digital disruption, which is having an impact on just about every role in the company -- including the role of board governance and oversight. In a survey co-conducted by Peter Weill, senior research scientist and chairman of the Center for Information Systems Research at the MIT Sloan School of Management, board members at large organizations estimated that 32% of their company's revenue will be under threat in the next five years because of digital disruption. In order to combat that threat, Weill believes board members must step up the plate in three areas:

If board members like Banner are to discharge these three responsibilities, they're going to need an informed ally. For Banner, who said the boards she serves on are starting to "feel like tech boards," the CIO role has become a vital resource in performing those duties. "If I could build a perfect CIO from the ground up, I would make sure that CIO could play in all three of those rooms," Banner said during a panel discussion Weill moderated at the recent MIT Sloan CIO Symposium.

Her perfect CIO is not only adept at management, capable of building teams and guiding the IT department, but is also good at governance, at translating tech speak for the board and sounding the alarm about digital competitors when necessary. "There is a completely different [competitive] game in town. And it's not coming from those names you have listed as your peer group," she said, demonstrating the kind of language she expects to hear from CIOs.

IT prioritization is a key CIO goal

The desire for clear, concise communication is not lost on the CIOs who regularly interact with their board members. "We call ourselves business IT," said panelist Pablo Ciano, CIO at DHL Express Americas headquartered in Bonn, Germany. "We are sitting at the intersection of the business and technology." Ciano serves as the interface between the company's CTO, responsible for enterprise infrastructure, and the business, breaking down highly technical concepts into a language the business -- and the board -- can understand, he said.

But the CIO role isn't simply an explanatory one, Ciano said. CIOs should also help the board understand what technology investments are needed to achieve critical business objectives -- and what can wait. "It's all about pace and prioritization," he said. "The technology is changing so fast that we, as CIOs, need to make sure we are the gatekeepers and that we're providing good advice to the board."

Christopher Perretta, executive vice president and CIO at State Street Corp. in Boston, echoed the sentiment. A CIO's primary purpose is to give the board a line of sight between IT and business outcomes, outlining business challenges and solutions, providing insight into what's working and what isn't. "I think that's part of my job -- being able to put things in the right commercial context and regulatory context," Perretta said.

He understands that means connecting the dots between major IT initiatives and the financials. "[A board member's] job is to serve the shareholders and other stakeholders," he said. If CIOs can't connect the two, they risk losing the board, Perretta said.

But as digital disruption pushes board members to think about the businesses they govern in a new way, the organizational construct of IT also has to change. "We're getting to a point where you can't do business without some level of technology competency, and the organization has to recognize that," Perretta said. Once board members begin to see technology as the backbone of the business, the lens through which they look at IT may need to change, he told the audience.

Many businesses still think of the cost of IT as pre-defined buckets -- this much for networking, this much for storage and so on. Instead, companies should map out how customers interact with the business and connect the IT costs to those processes. Doing otherwise does the company about as much good as tallying up how much IT spends on left-handed employees, Perretta said.

Let us know what you think of the story; email Nicole Laskowski, senior news writer, or find her on Twitter @TT_Nicole.

More from the MIT Sloan CIO Symposium: IoT will force CIOs to enter the realm of operational technology.

Learn to embrace digtial disruption with these three competencies.

Matt Heusser - 16 Jun 2015 7:57 PM
We plan a half-life for intellectual property for three years. In other words, in three years, half of what we are teaching will be passe. That means that if we don't add new methods - at a compounding rate of around 20% per year - then we'll be essentially gone in five years.
So yeah, disruption. It's like, a thing and stuff.
[-]

abuell - 12 Jul 2015 7:21 PM
I don't think that it is much of a threat to my organization. Several decades ago, my company was providing a niche service that has steadily grown in demand. It has a competitive advantage because it has more history in the industry and more of a client base than other competitors.
That said, I still don't think the company views itself as a technology company, although it really should. We're moving in that direction, but IT really needs to be recognized as the core of the business.
[-]

mcorum - 16 Sep 2015 8:00 AM
Although the threat is real, black swan-type disruptions aside, I do not think it is especially worrisome. We provide content for our customers to consume, so we typically welcome disruptions when they give rise to new platforms on which to distribute that content. The exception can be an existing technology that has historically been used to consume content without paying for it that is now being used in a legitimate fashion. That can prove very disruptive until such time as the perceived illegitimacy is no longer a factor.
[-]

Matt Heusser - 16 Jun 2015 7:55 PM
This train of thought: That technologies are becoming obsolete faster and faster, and even established brand identities can rendered ineffective - so be on the lookout, be proactive, and the get CIO involved in building capabilities before the other guy does ... all of that makes sense to me.
You might consider the role of innovation at Amazon - a company that cannabalized it's own physical book ordering business with the kindle before someone else had a chance to. Doing that brought IT back into the conversation in a way that was a lot deeper than just adding features to the review functionality ...
[-]

abuell - 12 Jul 2015 7:31 PM
I agree, the CIO is definitely a pivotal position in an organization. They have many roles to play. And I have one to add - a CIO often needs to be part salesperson, especially in an organization that doesn't necessarily recognize itself as a technology company. The CIO should be advocating for the involvement of IT in the business and pointing out its importance. They really need to sell what IT has to offer.
[-] 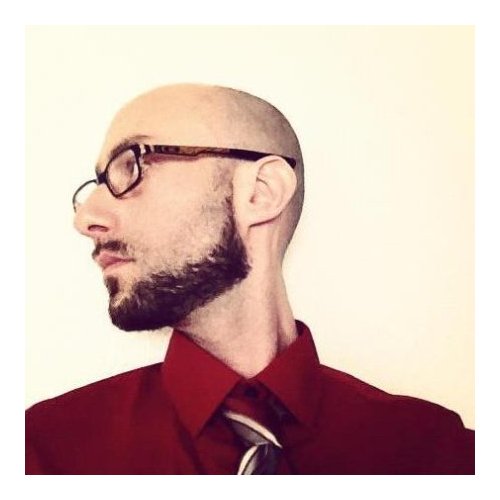 MadisonFrost - 9 Aug 2015 2:47 PM
Great perspective on the changing role of the CIO and how board members of the modern business are reacting to "disruptions"!
[-]

mcorum - 16 Sep 2015 7:43 AM
I think @abeull makes a very good point. I’ve noticed the role of the CIO changing over the past several years from the tech leader that provides (often unsolicited) solutions to the business to more of a business partner that works with the business to identify their needs, and then takes that to the technical people in IT to be developed and delivered. In that light, they often help “sell IT” to the business, and can have a very strong impact on repairing what has traditionally been a troubled relationship.