When it comes to public cloud computing use in 2014, it's all about the business.

Among 830 IT leaders who responded to the biannual TechTarget Fall 2013 Cloud Pulse survey, nearly half (45%) indicated "business needs" as their top reason for adopting public cloud technologies.

The response marked a change from two years ago, when respondents overwhelmingly chose cost savings (73%) as the top driver for their use of public cloud services. Only 29% singled out cost savings in the fall 2013 survey.

CIOs and analysts contacted by SearchCIO said the survey findings are in line with their experience and what they see coming in 2014. It's a sign in part, they said, of the evolving role of the CIO at many companies, from chief dictator of IT services to a business strategist and technology partner to users.

Indeed, CIOs have little choice but to strongly consider cloud as the vehicle of choice for meeting business needs, they said. IT departments need to take advantage of the agility cloud computing affords. And, as important, they need to guide the sometimes willy-nilly and potentially risky cloud purchases made by "shadow IT" -- a practice that has grown in recent years because of the availability and marketing of cloud services to business users.

Laura Patterson, CIO for the University of Michigan, exemplifies the change in attitude.

At Michigan, she saw firsthand that employees were looking for better, faster options outside of what IT was offering. One hot item: the adoption of commercial cloud storage platforms without contractual protection for university data.

Understanding the need but recognizing the risk, Patterson's team adopted cloud storage and file-sharing services from Box.com. They were able to quickly put the service in place. Building an on-premises service wasn't really an option -- the time it would have taken to complete would have meant more potentially dangerous adoption of consumer-grade services.

"Our logic was that we could provide the cloud service without making an infrastructure investment," she said. If, at the end of the contract, the service wasn't being adopted, her IT department could simply discontinue it without having sunk costs into infrastructure and development. But, she noted, money was not a motivator.

"Our decision to adopt Box.com for personal storage, collaboration and file sharing was driven by a business need to provide a storage [service] quickly, not by cost savings," she said.

The ultimate story these surveys are starting to tell is there's a realization happening that there's a bigger picture than simply saving a penny here or there, and that is a very good thing.

Since cloud began emerging into mainstream computing in 2008, conversations always began with and centered on cost, said former CIO and current CIO adviser Tim Crawford of Rolling Hills Estates, Calif.-based CIO consultancy Avoa. That has changed. "I think there's finally a realization that not everything is about immediate cost savings with a technology," he said.

As the Cloud Pulse and other surveys suggest, Crawford said, CIOs and IT leaders are seeing cloud as less of an "out there" option and more of an everyday technology. "The ultimate story these surveys are starting to tell is there's a realization happening that there's a bigger picture than simply saving a penny here or there," he said. "And that is a very good thing."

The shift rings true for analyst James Staten at Cambridge, Mass.-based Forrester Research Inc. All recent surveys by the consultancy point to speed as the No. 1 reason to adopt cloud, he said. And it's nearly always the business that is asking for it. If CIOs and IT leaders responding to the Cloud Pulse survey are now focusing on cloud for its potential value to the business, "that's a strong recognition that they finally 'get it,'" Staten said.

Still, going from "getting it" to actually reaping business value from the technology can be a long process. A 2013 forecast by Stamford, Conn.-based Gartner Inc., based on the consultancy's global survey of more than 2,000 CIOs, suggested that on average, enterprises realize only 43% of the business potential of technologies, including cloud computing.

Ed Anderson, analyst and research director with Gartner, is optimistic that the percentage will soon climb. In the coming year, companies will be "turning up the dial" on cloud use in terms of enthusiasm, confidence and adoption rates, he predicted. "This is the year we're going to see it taken to the next level … incorporating cloud into broader technology plans."

The cloud computing forecast for 2014

That doesn't mean cost is out of the picture. Most IT leaders today will say they're adopting cloud technologies for the business advantages, but "they still love the potential cost benefits of cloud," he said.

The keyword there is "potential," those interviewed stressed. As CIOs have come to learn, there are other costs associated with cloud. They may include retraining employees, business process redesign or integration of cloud with their traditional systems, Anderson noted. But even then, the question is whether the additional costs are offset by the business benefits. "If CIOs see enough value from a business perspective [and] that it's worth the move, they'll make it."

Article 1 of 6Next Article

dsroberts - 31 Jan 2014 1:40 PM
Agility and ability for IT to focus on more on consultative efforts to enable our customers.
[-]

davidmfishman - 15 Jan 2014 2:14 PM
Great to see this indicator that IT and Business together see that the potential of cloud going forward. We have too often seen that the primary driver for cloud on the business side is that forgiveness trumps permission, which is an indictment of IT's powers of enablement. Getting beyond cost-cutting alone is one indicator; getting help from the business side to prune back the infrastructure portfolio -- which has cornered IT into a cost-cutting mentality -- is equally important. Cloud can help.
[-] 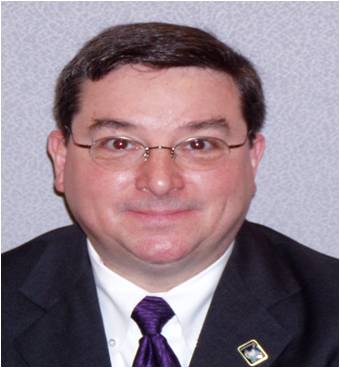 SteveHawald - 15 Jan 2014 5:59 PM
Great research note. It's all about agile business innovation with your key stakeholder requirements for the greatest customer satisfaction result for new or refreshed business, ops, or mission services. Cost savings / reductions for the IT enablers on the technical solution(s) selected should be last on the evaluation list with your CIO / IT team. Business comes first using the proper cyber security controls.

Access to all of our back issues
2016
View All