This content is part of the Essential Guide: Enterprise IT infrastructure in the age of cloud: A guide for CIOs
By

Henry David Thoreau, arguably America's first environmentalist, famously said, "Our life is frittered away by detail. … Simplify, simplify, simplify." We know this because we're readers and work in close proximity to his beloved Walden. We've retained this because we often see it on bumper stickers and are big fans of irony. 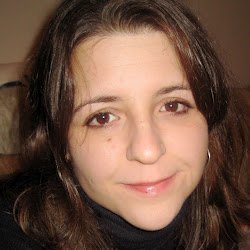 But we digress. The point we're trying to get to is that simplifying and environmental issues (like data center energy use) don't always go hand in hand. The New York Times learned this lesson several times over this week. Sunday saw the launch of "The Cloud Factories," a series in which the Gray Lady took on (in its assessment) green-un-friendly, energy-guzzling data centers. The brunch dishes were barely cleared before IT folks en masse took to their blogs to lambaste what they considered to be an overly simplistic view of the complex world of data centers.

In this week's CIO Searchlight, we bring you some of the more cogent responses to the series. But there was more to this week than angry screeds: In fact, BlackBerry maker RIM showed it has nothing but love for application developers, and another tablet maker is hoping you'll embrace its latest offering.