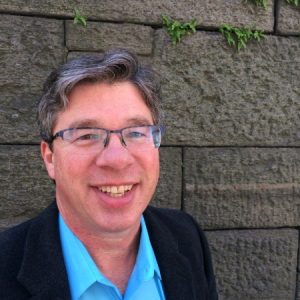 In a recent talk at Harvard University, Bob Rogers, Intel’s chief data scientist, explained what he looks for when hiring data scientists. CIOs well-versed in the must-have traits of a business intelligence expert but with limited exposure to data scientists might want to take note.

“When I think about what makes a great data scientist, I start with a definition of data scientist and how I would contrast that with analysts from days of yore — say three or four years ago,” Rogers said, with a nod to the blistering pace of change in analytics.

Analysts — those hotshots of yore — query data and craft reports to the exact specifications of a business owner or manager, to wit: Create a report on the number of widgets sold last quarter. “It’s a very directed activity and very specific to creating reports,” he said.

Data science, in contrast, is “a conversation” between the users of the analytics, the data they’re probing and the technology required to create the analytics, Rogers said.

“So a great data scientist understands the limitations of the algorithms and understands, at least intuitively, statistics. But [he or she] can also communicate with the stakeholders who are going to use those results,” said Rogers, who came to Intel two-and-half years ago after a glittering career in analytics on Wall Street and in the health care sector.

The conversation between the data scientist and the stakeholder — in Rogers’ world, that’s often a business unit leader — needs to get specific, pretty quickly. Data lakes, for example, can be great, but you can’t expect insights “to just bubble to the surface,” he said.

“The best data scientists are the ones who can have that conversation, convert the goals of the organization into very specific questions, which can be answered by a combination of the algorithms and the data,” Rogers explained.

Hiring data scientists only part of the job

Rogers’ talk, entitled “Adventures in Analytics” and given to an audience of mainly Harvard faculty and students — was a homecoming for the Intel executive. It was at Harvard as a PhD candidate and post-doctoral student where Rogers embarked in earnest on his adventures in analytics, probing how computational models could solve problems in astrophysics. There, he became interested in artificial neural networks — an early version of what today we call deep learning.

One of Rogers’ side projects on neural nets was helping a bored and unhappy lab mate complete a mundane summer project that involved circling images on a map. Using a machine learning model and two weeks of training data compiled by the disaffected student, Rogers created a neural network that “ripped through his entire summer’s work in eight hours.” The work resulted in an academic paper that drew interest from Wall Street traders — and a lifelong friend in lab mate Adam Riess, who won the Nobel Prize in physics in 2011.

“One of the roles that I have is to understand what everyone out in the real world is trying to do and map what Intel hardware can do to what they’re trying to do” Rogers said. “A simple example is you can encrypt data on the fly with the hardware with almost no computing overhead. Hardly anybody knows that.”

He also goes outside the Intel orbit to discover what’s coming next and to pinpoint the challenges faced by people working on the cutting edge, including scientists doing basic research. “If I can bring forward-looking problems into Intel design, the next generation of chips will be more effective at what you’re trying to do,” he said.

What’s coming next includes the driverless cars, drones and myriad other next-gen computers that have a hardware component but require “a very robust software ecosystem” to work. That’s a big reason why the chipmaker now has a chief data scientist, he said. “At the end of the day, I was hired more or less because of this idea from our CEO,” Rogers said, clicking to a slide with Brian Krzanich’s oft-quoted observation that data is the new oil.

But data, like oil, requires some refining to extract value. Which is why knowing what to look for when  hiring data scientists matters at Intel, as the chipmaker moves from being PC-centric to data-centric. “You don’t pull oil straight out of the earth — you need to convert it into something valuable,” Rogers said.