Are chief data officers having a moment or is all the CDO talk hype? According to Google Trends and Google Analytics, it’s likely a little bit of both. 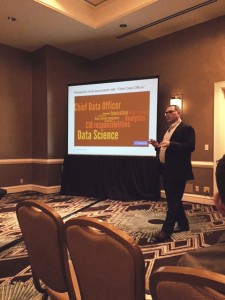 That was the gist of an analysis of the CDO role presented by Richard Wendell, founding board member of the MIT-affiliated International Society of Chief Data Officers (ISCDO), at the recent Chief Data Officer Summit in New York City. Here is what he cited for the chief data officer audience.

No doubt, there are more scientific studies on the topic, but the data provides some perspective on the current state of the chief data officer.

Question for readers: Does your company have a chief data officer? Or is it planning to hire one in 2016?