Bad times always bring a rise in crime. But this economic recession is setting us up for a wave of cybercrime. The broken economy, combined with increased digitization as retail and operations move online and ever-more sophisticated hackers, means more data is more vulnerable than ever. That was the warning from former federal prosecutor and securities fraud attorney Orin Snyder, speaking at a data security panel at yesterday’s LegalTech conference in New York.

“I think with the recession that is upon us we are going to see an even more dramatic increase in cybercrime and opportunistic hacking,” said Snyder, a litigation partner at the New York office of Gibson, Dunn & Crutcher.

“You have a recession creating more cybercriminals. There is more and more digitization every day as companies accelerate their move from bricks and mortars to the Internet as they are closing stores and centralizing online, and then, of course, the sophistication of the hacking,” Snyder said.

“I think that is almost an unholy trinity of events that will result in an even greater incidence in the coming years of data breach problems,” Snyder said.

“What is unfortunate is that companies, as they are laying off and retrenching, are going to budget even less and less for prevention and technology to deal with data breach problems,” Snyder said.

As economic pressures mount, companies will also likely see dramatic increases in employee misuse of data, Snyder predicts, recounting a recent conversation with someone at a major financial institution. “They said that since September there has been a two-fold increase in petty financial crimes, employee-caused –$2,000, $4,000, $6,000 being taken out of bank customer’s account by an employee — not massive theft, but it all adds up.” 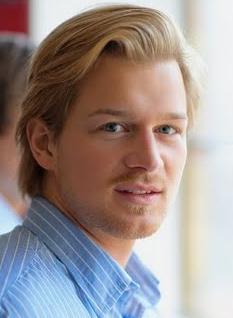 AngeloA - 13 Jul 2011 4:40 AM
Recession is not only making things harder financially but it seems that the cybercrimes rise because of it.Rough times due to recession is the main reason why people indulge in crimes and the worst truth we should face is, as long as there is recession, let's expect crimes, cyber or not, will increase. Recession makes our times harder than ever but there are still other sectors who get to find a way to escape it's effects. Certain sectors are profiting from the tough economy. As these businesses surge in value, so does their stock. Personal loan companies, pawn brokers, debt collectors and low cost stores are a few of these industries. A few stock brokers are offering them over more typically worthwhile shares. The proof is here: [A href="http://personalmoneystore.com/moneyblog/2011/07/11/recession-makes-stocks-rise/"]Recession makes stocks rise in some industries[/A].