The CIO-CFO relationship, as noted here over the years, has a built-in tension. As the senior executives responsible for company finances, CFOs must keep a close eye on expenses, especially those that are large and promise no short-term payback, as is often the case with IT investments. For CIOs charged with using IT as a strategic force, the CFO’s focus on cost and ROI can seem shortsighted, or worse, like a brake on the company’s ability to compete.  In this guest post, Mike Sheldon, president and CEO of Curvature, an IT infrastructure and services provider headquartered in Santa Barbara, Calif., offers his perspective on why a strong CIO-CFO partnership is so important now and lays out five ways to build a  working relationship that will serve the business well.

CFOs are teaming more with CIOs, according to a recent EY survey on the CIO-CFO relationship. More than 60% of the nearly 700 financial leaders surveyed said they’ve been collaborating more with their CIOs in the last three years, while more than 70% also reported having greater involvement in the IT agenda. As companies continue to transform their businesses to meet an ever-changing digital economy, it’s crucial to nurture strong CIO-CFO relationships. Here are five tips for how CIOs can forge more mutually beneficial IT-finance partnerships.

Typically, CIOs don’t understand finance while CFOs don’t understand technology. Sure, that’s painting the CIO-CFO portrait in broad brushstrokes, but this is one of the biggest barriers to getting CIOs and CFOs on the same page. Both IT and finance need to develop a greater understanding and deeper appreciation for the pressures they face individually and collectively. Technology is changing and growing faster than ever, so it’s nearly impossible for CIOs to know every nuance and tech breakthrough. Likewise, CFOs face more intense scrutiny than ever to forecast wisely and budget judiciously. Sharing challenges — and gaining insight into each other’s worlds — is a great way to form a meaningful collaboration. 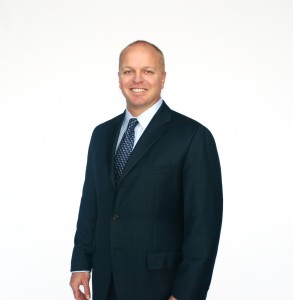 2. Use the tools of the trade.

Traditional CIO-CFO relationships are based on the CFO coming up with a budgetary number for the technology spend and CIOs then doing the best/most with what they are given. But what if IT took a page from finance and built a five-year technology roadmap using the tools CFOs use in their financial planning & analysis (FP&A)? Finance has the methodology and FP&A tools to bring substantial insight and discipline to strategic technology planning. This goes beyond equipment refresh and upgrade plans to development of full lifecycle management strategies that can lead to major savings for IT and finance.

3. Capex and Opex decisions should be “we” not “me” issues.

Determining capital expenses (Capex) and operating expenses (Opex) is probably where the CIO gets closest to the CFO. There are plenty of strategies for dealing with these expenditures, and these are best addressed from a “we” — and not “me” — perspective. Some companies want to effectively eliminate Capex altogether by embracing managed services and infrastructure-as-a-service options. There are other organizations where the exact opposite is true because they have cash for technology investments but are striving to reduce ongoing operating expenses. The best answer may lie in-between, so the CIO and CFO can craft the most appropriate strategy.

In most organizations, finance handles leases, capital purchases and all procurements except IT. This can be unfortunate for the tech team as no one typically negotiates for the best deal better than a finance person. IT guys typically don’t have a background in real estate or negotiations and therefore don’t have full appreciation for the negotiating required to cut costs dramatically. CIOs should turn to their finance counterparts to learn the important tricks of the trade. This partnership may also shine light on current IT buying practices, such as relying on a single vendor or value-added reseller, which could be impacting your ability to get competitive pricing. Or, refreshing your technology infrastructure based on OEM timetables and not your own. There are many opportunities to reevaluate IT options and negotiate a better deal for your business.

5. Get more creative about saving money.

Too often, the CIO is focused on spending every penny of the IT budget instead of looking to cut costs. IT should be encouraged, compensated and rewarded for devising creative solutions to its procurement challenges. There tends to be little incentive for the CIO to bring opportunities to the table to save money or defer spending in keeping with changing priorities. CIOs play a critical role in explaining which technology investments will help the business survive and thrive while CFOs are invaluable in identifying opportunities to reduce spending. My favorite quote of all time goes something like this: “People go crazy together, but they get sane one by one.” The sanity will come to companies one at a time, as CIOs and CFOs team up and start asking — and answering — the tough questions together.

Mike Sheldon is president and CEO of Curvature, an IT infrastructure and services provider based in Santa Barbara, Calif. He joined the company in 2001 as vice president of sales and was named CEO in 2006. Under his leadership, Curvature continues to post record revenues and now employs more than 650 people worldwide. Sheldon attended MIT, where he studied philosophy and game theory.