Ten minutes after filing a story on the virtues of an enterprise project management office, I got a call from a CIO I’d gotten to know over the years informing me that he had been fired. On a Friday afternoon. No explanations given, except that his position was being eliminated. The company in question is a well-known brand name. From what I heard, 2010 promises to be as challenging for this company as 2009, if not more so. IT is viewed as cost center; costs had to be cut. The powers that be went after the biggest salary.

One of the hallmarks of this CIO’s five-year tenure was his setting up a project management office (PMO), with the laudable aim of bringing order, transparency and business participation to IT projects. Given his starting point — IT run amok — it was a hard slog. By the time I profiled his work, however, a formal process — rather than the squeaky wheel — determined which IT projects got done and when.

I don’t know why the CIO got axed (not sure he does either), but his situation got me thinking about whether there is a dark side to PMOs.

If a CIO goes to the trouble of embedding IT in the business so that IT is no longer the mysterious dark art many business people see it as, is he engineering himself out of a job?

“Of course you are,” was the immediate response of the first employed CIO I asked, the head of IT for a big city government. But that is as it should be, he said. As cloud computing becomes the norm, a CIO’s main job will be to plot strategy and manage the various vendors. “There is no reason we should be building any of this stuff.”

His gloss on the matter? “The PMO does one thing very well, and it depends on your organization whether that is detrimental or positive: It exposes you. Everybody who has anything to do with the strategy of the company is in it. That means there are reports and documents, failures and recasts of projects, costs analyses. The thing about transparency is that it can either be a boon or a bust for you.” 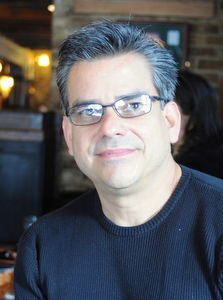 ItgEvangelist - 12 Feb 2010 12:28 PM
Great post! True or not, let's work with the assumption that the CIO did indeed "engineered himself out of a job." First, I think this scenario is very possible for many CIOs out there - if the majority of their job is "looking at their feet." They are mired in the day-to-day machinations of IT: fighting fires; saving projects; proving value. Given their inability to prove and show the value of technology investment, they become a cost to be controlled and they spend most of their time doing just that - driving down cost. This cost-center downward focus prevents them to do what they should be doing, looking ahead! CIOs in this position and their IT organizations are rarely viewed as strategic assets. So when the few of them actually install some of the constructs to overcome their fire-fighting challenges, they appear to be obsolete or unnecessary. This is SO tragic. What should result from introducing and institutionalizing sound governance processes (such as a PMOs supporting good Project and Portfolio Management) is the freedom to turn their attention to vision, strategy and enterprise leadership. Trying to achieve this noble goal is a risky proposition. Studies show that most Enterprise Boards and Business Leadership Teams value IT for it efficiency and cost-cutting as opposed to its innovative value. Unless the CIO has the ability to show technology as an asset that can be leveraged for strategic advantage, installing an effective and efficient PMO could indeed make them appear to be unnecessary. Steve Romero, IT Governance Evangelist http://community.ca.com/blogs/theitgovernanceevangelist/
[-]

Shailendrra - 12 Feb 2010 12:34 PM
Linda, Good article. I have a similar story, I spent two years turning around a failing SAP implementation as VP IT. The implementation was finally completed in 2009 and it was the smoothest go-live I have ever experienced, established a competent support organization and then a few weeks after go-live I was let go. The reasons were exactly the same as you mentioned in your article. While transparency is a boon for the organization and a bust for the individual the ultimate loss to the organization is much greater in the long term. The satisfaction that comes with building a successful and capable organization is far greater than the short-term loss. Take care. Shailendrra Guptaa shagupta@gmail.com
[-]

JBen - 12 Feb 2010 1:12 PM
Linda, Great article. I believe much more of this is going on than is generally known. I too have been in this situation, having spent several years implementing a PMO with a robust PPM process, and then being abruptly canned. Implementing project portfolio management and resource utilization visibility is indeed a risky business. In my case, this was in an organization where some of the mid-level IT managers had been in the organization for 20 years, and in some cases had never worked anywhere else. Visibility and a new process can feel very threatening to people who got to be managers based on their understanding of the old process, no matter how gently the new process is implemented. In this case the PMO survived, but was taken over by it chief detractor who, I learned, neutered resource reporting and otheraspects of the system. In my view, there are almost invariably three constituencies that see a PMO as a threat, and will consistently resist PPM disciplines. My involvement with the firm ended as part of a major downsizing where many good contributors were laid off. I predict this firm will ultimately realize what was lost and return to more transparent PPM process. Anecdotally, I’ve heard of many cases of this up,down, up, down cycle for the past dozen year.