Disaster recovery (DR) is expensive — and not just because traditional disaster recovery services come at a very high price. Other factors contribute to the financial toll of DR: underfunded DR budgets, poor DR planning and testing procedures, and technological deficiencies, all of which contribute to the failure of critical applications, data center outages and data loss. These, in turn, can amount to anywhere from a few thousand dollars to a whopping $5 million in losses, according to a 2014 study by the Disaster Recovery Preparedness Council.

To small and medium-sized businesses (SMBs), many of which lack the necessary resources to properly implement or test an effective DR plan, these circumstances can be disheartening. Luckily, cloud computing and virtualization have been playing a greater role in DR — and opening up more, and less costly, options for SMBs.

The cloud, in particular, is “ideal as a data protection scheme,” according to George Crump, president of analyst firm Storage Switzerland. That’s because “you get a secondary site, it’s generally several disaster zones away, and it really is generally made for that effort,” he said. And unlike traditional DR schemes, the business doesn’t have to manage the off-site data center itself.

Where DRaaS fits in your business continuity scheme

Disaster recovery as a service (DRaaS), a particular breed of cloud DR, is taking off among SMBs, and not only because of its pay-per-use pricing model. DRaaS allows businesses to replicate and host their virtual machines (VMs) in the cloud so that, in the event of a catastrophe, they don’t have to wait to move all of their data back to their data center — they can just start up those VMs. This means significantly reduced recovery time. Plus, DRaaS providers offer their own service-level agreements, DR planning and testing, network operations, support, and even self-service admin tools — more enticements for SMBs that aren’t adequately staffed or equipped to fully handle DR themselves.

Moving to DRaaS isn’t such a huge leap for SMBs, according to SearchCloudStorage Site Editor Andrew Burton. “It’s a good deal for SMBs, as many are heavily virtualized, and as such are probably already using a backup software product that has the ability to replicate VMs to the cloud,” he said.

This all might sound too good to be true, but the statistics prove otherwise. For instance, in a 2013 study conducted by cloud backup provider Intronis Inc. and analyst firm The 2112 Group, more than 50% of SMBs that rely on an IT service provider for backup and recovery are using cloud-based technologies. And a 2012 survey by research firm Aberdeen found that midsized businesses suffered 50% fewer instances of downtime and 20% of the financial losses of those who used in-house DR; they also recovered three times faster than the latter group.

DRaaS options and use cases

SMBs aren’t the only ones availing themselves of the perks of DRaaS. Both established DR and backup vendors and burgeoning startups are making swift moves in this space. VMware, for example, added cloud disaster recover features to vCloud Hybrid Service, its infrastructure as a service offering. And startup Zerto just garnered $26 million in funding last year, which went into its Cloud Fabric product, which transports virtualized workloads between cloud providers.

Bit9, a software security company based in Waltham, Mass., is one midsized company that’s benefited from the DRaaS feature offered by cloud storage provider TwinStrata. The feature allows users to start up vSphere servers in the cloud and run live copies of data and apps without having to rebuild their servers. Combined with Veeam’s Backup & Replication product, which enables IT director Bill Suarez to replicate to multiple locations while making synchronous backup copies at another location, “we could have our email flowing again within a business day,” he said.

You and your DRaaS provider are on the hook

DRaaS doesn’t come without warnings and downsides. For instance, once a DRaaS provider runs your apps in the cloud, you need to make sure you fully understand what that provider’s cloud computing service-level agreement entails, Crump explained. Plus, moving data to the cloud takes up a lot of bandwidth, and you need to make sure you and your provider can accommodate it. And, after the catastrophe has passed, you need to have worked out a plan with your provider on synchronizing the application data in the cloud with your primary servers, all without disrupting critical processes.

According to Crump and fellow Storage Switzerland analyst Erick Slack, make sure to ask your provider the following questions:

If your DRaaS provider can’t meet these requirements, Crump said, it could be time to look elsewhere.

backupgal - 1 Feb 2015 8:47 AM
Fran, great post.
I think Jason Buffington put it really well in a blog post earlier this week:  "If your servers are virtualized, they are trans(portable.) If you have a credit card, you can get a secondary data center in the cloud."
If you’re serious about recovery, you need to ensure that you can actually recover.
This lead to even more discussion and another great article by Mark Campbell (@DrMarkCampbell) from Unitrends.  I won't rehash the whole post, but it's worth a read...
Preparing for Tomorrow’s Disasters:
http://blogs.unitrends.com/disaster-recovery-services-recovery-assurance/
[-] 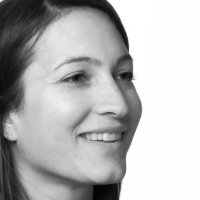 BethBaxter - 2 Feb 2015 11:40 AM
DRaaS has enabled 'return to service' times to really come down. Plan B Disaster Recovery in the UK recovers IT systems to the cloud in advance of a disaster so recovery times are guaranteed within twice the minutes it takes to boot your system - this can be anything from 10 minutes to around an hour. It's important to understand what a provider means by "recovery time though" as it's not that straight forward. This article will help http://www.planb.co.uk/wp-content/uploads/2014/09/What-is-really-meant-by-recovery-time-in-the-world-of-disaster-recovery1.pdf