After five long years of debate, lobbying and political posturing, the FCC finally voted yesterday to begin crafting net neutrality rules. With differing opinions across the board as to what this means to the Internet, privacy and the businesses affected — the question is, what does this mean for you?

The proposed rules would restrict how broadband providers such as Verizon and Comcast manage their networks, so that users could send and receive any legal or legitimate content over the Internet without worrying whether it’s going to be blocked or slowed down by the service provider. Comcast, for instance, actively interfered with file sharing online, controlling what kind of traffic and data could use its bandwidth and giving priority to some types of content and traffic while slowing down other traffic.

The FCC determined Comcast had gone too far, and the new rules will mean providers must become more and more like “dumb pipes,” with little leeway to shape the Internet’s traffic flow. Net neutrality also aims to prevent Comcast, Verizon and other service providers from being able to control Internet pipes to favor their content over content created by their competitors or demanding high fees for performance when a competitor’s content is requested.

It matters because the ban will allow small and midsized businesses unimpeded access to the Internet to send and receive legal and legitimate data across the Web, ensuring performance during their use of services from companies like Salesforce.com and Google. Large providers such as Comcast and Verizon will not be allowed to slow file transfers or favor their own Web apps or even email applications over competitors’.

Since corporations like Comcast have their hands in many different business areas, that was a real threat: Comcast could potentially block smaller, less widely known competitors from sending and receiving data or even simply reduce, for example, the performance of Google Docs — preventing healthy competition.

Net neutrality will allow Google Docs, an unknown startup and Microsoft to all compete on the same grounds without Comcast picking a winner and favoring it.

While the counterarguments fear for the stifling of innovation and heavy-handed government involvement with the privacy of the users, the proposed rules could potentially put (or keep) smaller organizations on the same footing as larger corporations. 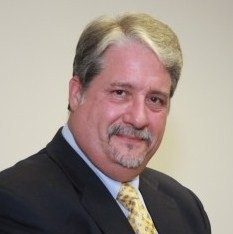 Garydun - 26 Oct 2009 2:07 PM
I can appreciate some of the points here, however, although the rallying cry of "make the big telecom giants submit" gets lots of sympathy, let's think about some other issues. Mainly lets think about bandwidth consumption on a network wide scope. Without some checks and balances this gets out of hand real fast. The idea of everybody on a level playing field is nice but lets face it everybody isn't equal unless you want to say that a 2 man shop with a thirty dollar DSL connection is the same as a DS3 customer with a big whopping SLA to go with his big whopping bill.Does the DS3 guys data get priority over the DSL guys? Right now yes but I can see where that could change given the direction we seem to be headed in.Do I agree that providers should be able to ride rough shod and give themselves an unfair advantage over their competitors? Yes I do! We aren't talking about public domain here....these are privately owned networks...they couldn't control it if it didn't belong to them, right? The whole upshot here is this , once again big brother is stepping in to protect us from ourselves.......leave it alone and let the marketplace regulate itself! I fear that once they get their hooks into this, the possibilities are terrifying.
[-]