One step forward, two steps back for women in technology? Just when women in tech seem to be breaking through IT leadership glass ceilings and making strides towards equality on the consumer end of technology, Samsung goes and gets all sexist with its Samsung Galaxy S4 launch.

IT leaders like Marissa Mayer, Sheryl Sandberg and Pamela Goldberg have sparked a debate about women’s role in technology, demonstrating through both actions and words that the IT gender gap is closing slowly but surely. But during this period of reform within IT, despite the examples set by these women and the publicity around their successful careers, Samsung was not deterred from boldly alluding to female IT illiteracy and common gender stereotypes as part of its Galaxy S4 launch stage at Radio City Music Hall March 14.

During the unveiling of its newest smartphone (due to hit shelves late April 2013), the Korean tech giant showcased the device’s new features (5-inch screen, 1080p display, 2GB RAM, 13 megapixel camera, etc.) with the help of some theatrics. Like any other product launch, improved product specs took priority. However, during Samsung’s presentation of newer applications like Air Gesture and S Health, the presentation took a turn toward the sexist, enlisting the help of six actresses posing as girlfriends from Miami planning an upscale wedding with the help of their smartphones and a few glasses of wine.

When the question of Galaxy S4’s usefulness was posed, the Samsung ladies sounded off: “My nails are wet,” “Sticky fingers!” “Sunscreen” and “I really don’t want to put down this drink!”

Similar to Air Gesture is Samsung Smart Pause. As the emcee described it, “If DeeDee was watching a video and something caught her eye (handsome man posing as landscaper crosses the stage, sensual music plays), the Galaxy S4 will automatically pause the video.” Samsung, don’t you think this hands-free browsing and pausing might benefit women in a different way — say, for business matters?

Another aspect of the Galaxy S4 launch presentation that stirred up some controversy was the ladies’ explanation of S Health. One housewife joked, “My mother always dreamed I’d end up with a doctor. I bet she didn’t imagine this!”

Generalizing women as health and fitness enthusiasts seems wrong, no? Not every woman is trying to emulate the Barbie or housewife lifestyle. Female leaders like Mayer and Sandberg are concerned with the same mobility issues that plague all mobile workers — male and female. What would these advocates for women in technology have to say about Samsung furthering negative stereotypes of female users? How would the women of WITI (Women in Technology International) respond?

In its Samsung Galaxy S4 launch, a tech giant not only referenced the 1950s, marry-rich, housewife stereotype, but insulted the progress of women in technology. Having three businesswomen thrown into the mix of Samsung’s group of girlfriends might have changed everything.

Readers, this blog post is not to deter you from the purchase of an impressive device, but rather to discourage vendors from treating consumer women as vain, self-absorbed money grabbers. Women have proven their IT literacy and definitely have more to say and do than marvel at a smartphone’s candy-colored accessories and its ability to preserve their manicures.

Tell us what you think about the role of women in technology. Do you think the Samsung Galaxy S4 launch was sexist? Sound off in the comment section below. 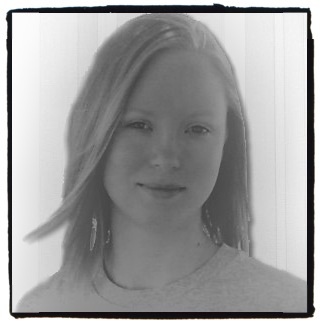 Michelle Greenlee - 2 Apr 2013 11:16 AM
I think the event is a major step back and shows how narrowly women are viewed by those who approved the whole thing. They most certainly could have had a great woman presenter if that's what they wanted. This show of a negative stereotype does not sell product. If it does, we have an even bigger problem at hand.