Cloud. It’s everywhere. You can’t ignore cloud computing in IT, but the word itself starts losing meaning after you hear it too many times. Cloud cloud cloud. There were entire sections of the conference hall at Interop last week devoted to cloud computing, and those companies that did not offer true cloud were even saying they were “cloud like.” Attendees were so sick of hearing the word cloud that one of the most coveted swag T-shirts said simply “Blah blah cloud” on the front — with a popular cloud provider’s logo on the back, of course.

It’s not the only overused term on the IT landscape. I am absolutely certain that vendors can come up with something more colorful to describe the special something inside your new gadget than secret sauce. First of all, everyone knows what’s in the secret sauce at most restaurants, right? It’s a mixture of mayonnaise, ketchup and pickle relish: three of the most banal food condiments in existence. Do you really want your super-cool, exciting new technology compared with something that drips on your shirt and leaves a stain that the dry cleaner can’t get out? Put a fork in it, it’s done! I’m calling it: Secret sauce is officially an endangered IT phrase. Similarly, how can there still be all that low-hanging fruit on the proverbial tree?

Let’s agree to put the term cloud on the endangered clichés list too, along with next generation, bleeding edge and paradigm shift. If I have to be convinced that something is a win-win scenario, is it really? How many more times can we hit the ground running? It’s time to smash that single pane of glass. Build a bridge over the value stream and throw away the key for the turnkey solutions. Silence the bells and whistles. How can we still be closing the loop after so many years?

What phrases are you sick of hearing and reading? Are you looking for the one throat to choke? What should be banned from the product releases, marketing spiels and our own SearchCIO-Midmarket.com headlines?

The comments are waiting for your perfect storm of pet peeves. 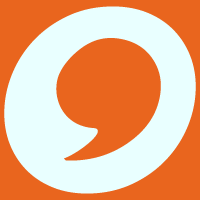 Gloocomms - 20 May 2011 12:41 PM
I think that it's funny that you don't ever hear 'future-proof' any more, the term clearly wasn't. My current pet hate is 'agility'. Everything is going to make my business more agile. Just how sluggish do all these IT companies think we are?
[-]